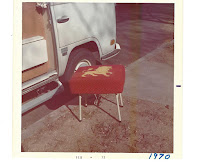 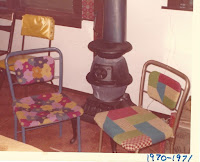 I enjoyed reading about the start of your journey! What a great idea to do this. I look forward to the next installment.

Love the needlepoint on metal legged chairs and stool. Both had to have been a lot of work. But they turned out beautiful.

Enjoying your story and look forward to more.

That is so interesting. Love that you stitched folding chairs and used yarn.

Those were the days, my friend!